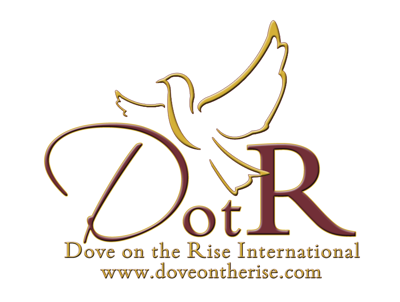 When James and Joy Maloney started full-time ministry in 1975, they had one desire: to bring the brand of evangelism that Jesus and His apostles offered to a world of people crying out for reality. They desired to offer a tangible expression of Christ moving today—to deliver more than words. So, drawing from the heritage imparted to them by the late Frances Metcalfe, James and Joy formed Dove on the Rise International to continue the legacy of the Golden Candlestick in an effort to answer the cry of the nations.

JAMES MALONEY was a well-respected prophetic voice with an apostolic, fathering mantle of impartation, and his ministry expression was marked by a powerful sign-and-wonder flow, heavily geared toward healing for the mind, soul and body. The Lord graced his ministry with a strong influence on the manifest presence of God’s glory in corporate and one-on-one encounters that left a residual impartation within the congregation, furthering their impact on a regional level, even expanding into sections of their respective nations. This imparting element produced profound, prophetic revelation, coupled with strategic wisdom, within the people, as well as a significant increase in signs, wonders, miracles and healing that make the local church very attractive to the surrounding community. As the Spirit directed, James moved in a prophetic seer operation, where specific details about people’s conditions were supernaturally revealed, thereby creating faith in Jesus Christ to receive their miracle. To God’s glory and honor alone, this panoramic flow was used consistently to dissolve metal in people’s bodies, to create or recreate limbs, to liquefy tumors and pacemakers, to open blind eyes and deaf ears, and much more! An accomplished theologian, James held a D.D., a Th.D. and a Ph.D. and taught in Bible schools for over twenty years. Because of his desire to see this type of body ministry replicated in the lives of others, he authored several exciting books, including The Dancing Hand of God, The Panoramic Seer, Overwhelmed by the Spirit, The Lord in the Fires, and Living above the Snake Line. He was also the compiler of the best-selling series Ladies of Gold and Rapture in the Middle East, the collected teachings of Frances Metcalfe and the Golden Candlestick. James Maloney received his eternal inheritance on December 22, 2020, survived by his wife, children and grandchildren.

JOY MALONEY attended Christ for the Nations Institute in Dallas, Texas, in the early 1970s where she met her husband, James. After pastoring for a couple of years, they began traveling full-time with their son, daughter, and often the family dog. Living on the road for twelve straight years, she taught the children as they roamed America’s highways, journeying from church to church. In 1990, Joy retired from the traveling ministry to focus on childrearing while James continued itinerating alone. She helped instruct her husband’s classes at CFNI from 1997 until 2004, and also taught at Kingdom Faith College in Horsham, England, from 2005 until 2008. During the years of serving in Bible schools, she received a Bachelor’s Degree in Bible Studies from Grace Bible College and Seminary.

After James' passing, Dove on the Rise International continues to operate as a family-run ministry, with associate ministers who traveled with James under his mentorship for many years, furthering the directive and prophetic vision of its founder by creating a legacy of theological materials, all accessible online, geared toward the release of the miraculous in the believer's day-to-day life and the forthcoming Dove Company move of the Spirit. This ongoing project of curating more than forty-five years of teaching and supernatural expression will continue through this website for as long as the Lord should tarry. We invite you to partner with DotR's legacy today!

That I may know him, and the power of his resurrection, and the fellowship of his sufferings, being made conformable unto his death.  Philippians 3:10